J.W. Speaker has disrupted the status quo for lighting technologies, becoming the go-to company producing many of the world-first LED lighting solutions seen on today’s mine sites. 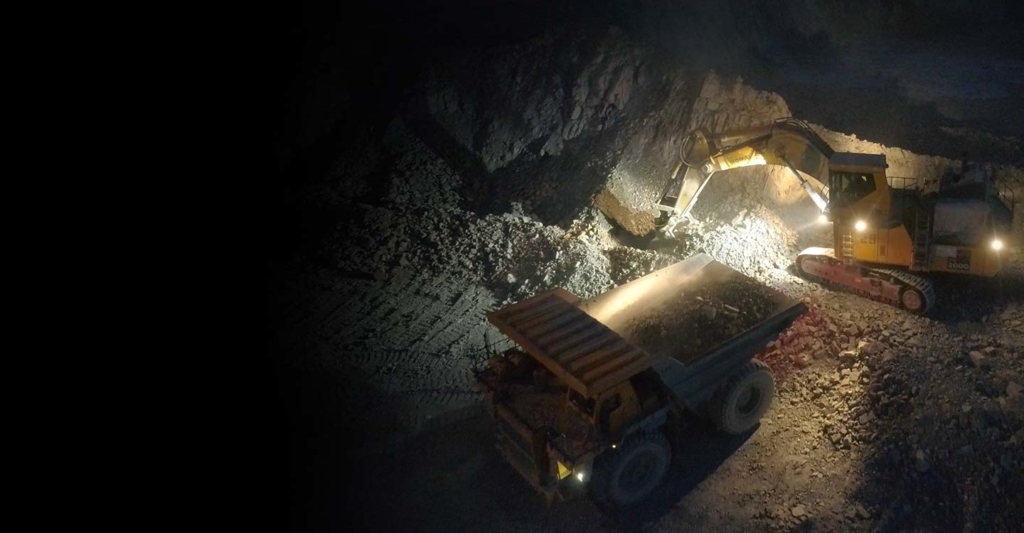 India-born essayist Eden Phillpotts once wrote, “The universe is full of magical things patiently waiting for our wits to grow sharper.” Such insight dates back to 1919 in a book titled, A Shadow Passes, in which Phillpotts underlines the role of technologies, such as the microscope and telescope, in sharpening the human senses. The enduring presence of technology found in lights, for example, only proves that intervention is needed for eyes to have the right perception.

Today, the capacity of LED light technologies has expanded to make lives easier and mine operations safer. Original equipment manufacturers (OEMs) such as Hitachi, Caterpillar, and Komatsu equip their haul trucks with as many as nine halogen lights to ensure high visibility, as well as continued and safe operations 24/7. But United States-based LED lighting solutions provider J. W. Speaker has found the same vehicle only needs two LED lights to produce an equal amount of light.

“Major OEMs are now moving towards the use of LED lights, but if you asked the question a few years ago, you would only get mining equipment with halogen lamps,” J.W. Speaker Asia Pacific sales director Robert Johnstone tells Safe to Work. J.W. Speaker’s head of engineering Gary Durian, who has worked with the company for nearly 30 years, adds: “The improvements in LED technology have gotten to a point where we can easily provide more light with fewer LED lamps and with less power output than original halogen lamps.”

The evolving technology of LED lights has given J.W. Speaker the ability to develop the technology into safety and warning lights for several segments and markets. Colored light from LEDs can be focussed on a bright spot, stripe, or image to provide a warning. The superiority of LED lights extends beyond the improved light output provided. The durability is exceptional; LED lights are not prone to failure from vibration or shock, making them an outstanding option for harsh environments. This is a significant improvement from halogen, which is prone to outages from filament failures.

“A large mining shovel’s rotation or swing is not symmetrical on the central axis, meaning that if a haul truck pulls up too close to the shovel, the back end of the shovel might hit the truck,” Durian says. “So, our global crew developed an LED red zone keep-out light that can define a ‘keep out’ zone, allowing haul truck drivers to see defined keep out areas, and as long as they’re not in the red zone, they will not be hit by the shovel when it rotates.”

The J.W. Speaker LED Model 529 red zone light adds extra safety by having a built-in flash mode at a rate of one flash per second. J.W. Speaker has designed the Model 529 LED red stripe light to create an attention-getting safety zone by projecting a long, red line to designate unsafe areas for workers.

The company has also produced the world’s first industrial Model 210 Solar LED marker light, as well as the Model 526 dual white anti-glare LED work light, which is critical to a mine site as the operator, can toggle between a standard white, for bright visibility, and a warm white, to cut through dust and fog. Through this option, a mine operator has the luxury to choose between color temperatures for better visibility and increased safety based on conditions. It is an industry-first product where an operator can simply toggle a power switch to change between the colors without needing to rewire the system.

“We’re in the mining industry to integrate technology that improves productivity and safety,” Durian says. “We’ve listened to the ongoing issues in Australian mine sites through our master distributor, as well as from the mining crews in Indonesia, South Africa, and Chile, where they’re operating with dense dust and limited visibility. “It’s taken us a while to effectively address all the requirements in a robust mining LED light, but we’re now the first in the market to introduce a dual-white color light.”

Faced with critical safety issues, Johnstone considers the Australian market to be open to new developments and technology, albeit with a level of resistance from OEMs. “We always ask mine operators, ‘What do your drivers need?’ and then get the solutions out there so they can test them out and start to request them from the OEMs,” Johnstone says. “One of the challenges of working with OEMs comes down to the cost of vehicle development. They need some kind of pull from the industry to implement new technologies that mine operators are asking for.”

When the rest of the industry is ready to embrace J.W. Speaker LED lighting technologies, the company will be poised to roll them out of its corporate headquarters and manufacturing facility in Wisconsin in the United States. It’s at the company’s corporate facility where the end-to-end vertical integration of cutting-edge LED lighting systems occurs –  from design and development through to production –with molding and PC board assembly all happening under one roof. “We offer complete vertical integration, and that is not very common in the industry,” Durian concludes.

J.W. Speaker is focused on developing innovative, high-performance vehicular lighting solutions for OEM and aftermarket customers around the world. Specialized in LED and other emerging lighting technologies, J.W. Speaker is proud to design, manufacture and assemble products in Germantown, Wisc. For more information, contact J.W. Speaker at (800) 558-7288 or news@jwspeaker.com.